It looks like you are using browser which is not supported by us. To have the best experience use most recent version of Google Chrome, Safari or Firefox.
SoundsPacks
Disco Tech 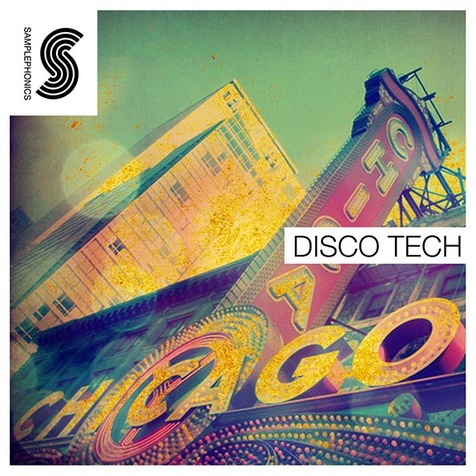 If you produce Disco tinged House music then this ear tingling sample pack is essential! Disco Tech seamlessly blends classic Disco with modern House, Techno and bass music, creating a potent amalgamation of groove based sample fodder designed for the dance floor. The sample library is stacked high with over 1.1GB of crisp Disco and House samples, all produced by the one and only Chrissy Murderbot (Loose Squares, Planet Mu, Hypercolour). A successful label owner, tastemaker, Footwork and Juke innovator, blogger, walking encyclopaedia of electronic music and an extremely talented producer, Chrissy's pure class in the studio shines through in this awesome collection of high end sample tools. All sounds and samples in this sample pack have been recorded with live instruments and analogue hardware in Chrissy's studio. Expect to find the tightest of Disco drum loops, the smoothest keys, the funkiest of guitars, the grooviest percussion patterns and the most spaced out synth sounds!

You are purchasing Disco Tech for $45