It looks like you are using browser which is not supported by us. To have the best experience use most recent version of Google Chrome, Safari or Firefox.
SoundsPacks
Sounds of China 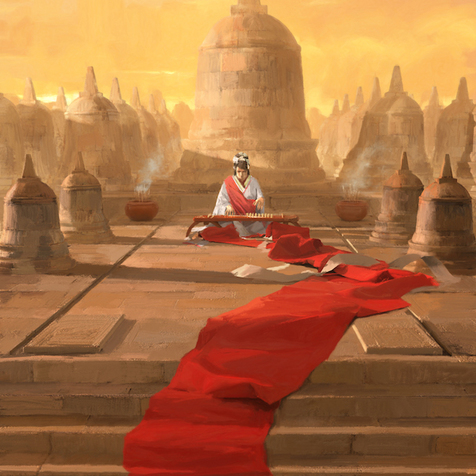 'Sounds of China' is an in-depth exploration into some of the most iconic, traditional Chinese woodwind and stringed instruments. In collaboration with East London recording studio Lightship95, we bring you the first in a long line of Noiiz Original productions.

Read our blog post to find out more about this pack.

This pack is built from four traditional Chinese string instruments, and three woodwind (or more appropriately 'Bamboo') instruments. With loops from all seven instruments and one shots from the Pipa, Yangqin, Hulusi and Xiao.

This pack is like no other in the Noiiz collection and when it comes to genres, the sky is the limit! Experiment with peppy melodies from the Pipa, rapid melodies from the Dizi or maybe something with more refined such as the Yangqin. See below for a more in-depth view of each instrument.

An expressive instrument which translates to 'two stringed vertical bowed lute'. This instrument is commonly used for both solo and orchestral performances in traditional classical Chinese music. The fluid nature of this instrument makes it sound almost sung in some of the of the 35 loops in this pack.

A seven string instrument from the Zither family. Traditionally used by scholars as an instrument of refinement. Lookout for some fantastic harmonics and delicate melodies from 'the father of Chinese music'.

A Chinese string instruments with four strings. This instrument is extremely popular and has been played for almost two thousand years. In modern times it has been used by such rock bands as Incubus and guitarist Steve Vai. In this pack you will find a combination of delicate and mellow Pipa loops, contrasting with peppy uptempo melodies and solid one shots.

A hammered dulcimer originally from Iran, with 144 strings in total. Played with bamboo hammers covered in rubber, the Yangqin is often used to add harmony in orchestras playing chords and arpeggios. The Yangqin loops in this pack are full of beautiful harmonies, and contain a mixture of  complex and simple rhythms. The Yangqin one shots consist of individual notes and rolls.

A traditional bamboo flute used in Chinese folk, Opera and modern Orchestral pieces. The Dizi loops make use of the advanced techniques such as trills, circular breathing (to achieve continuous sound), fast-tonguing, popped notes and slides.

A wind instrument built from three bamboo pipes and a gourd chest. The Hulusi loops are full of silky smooth timbres, perfect to give a unique texture to your pack. The Hulusi one shots are split into short and long versions for easy handling.

Another Chinese flute, often made from bamboo. The Xiao one shots have been split into short and long versions for you convenience. Complimented by a comprehensive collection of warm and rich loops all recorded in the key of G.

You are purchasing Sounds of China for $47